This is a real-story of how we reduced the cost per click by almost two-thirds with a simple change.

The Sun needed to raise awareness for their Holidays’ campaign and asked us to deliver the maximum amount of clicks possible based on a fixed budget.

The campaign activity started successfully but we noticed the Click Through Rate (CTR) was lower than our average for the travel vertical for the target audience applied, so we decided to find out why that was happening and the answer was right in front of us.

As discussed in a previous post, ‘How to Improve the CTR’, one of the most important factor is the placement of the Call to Action (CTA) buttons. In the original email creative, there was only one CTA and this was at the bottom of the creative. 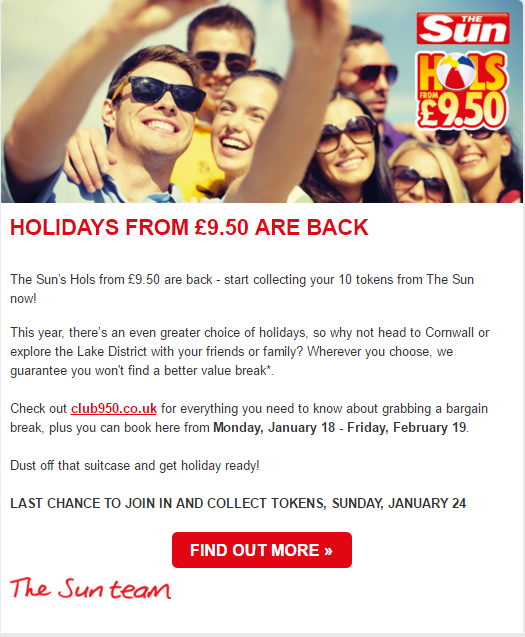 One needs to bear in mind, that the first 400 pixels of the email creative are the most relevant for the users, since it’s the only part which can be viewed (and previewed) without having to scroll down.

Therefore, if the Call to Action button appears later in the creative, we have a higher risk of losing users’ attention and the CTA will be less likely to be seen.

In this case, we suggested and agreed with The Sun to add a second CTA within the first 400 pixels (also known, as ‘above the fold’): 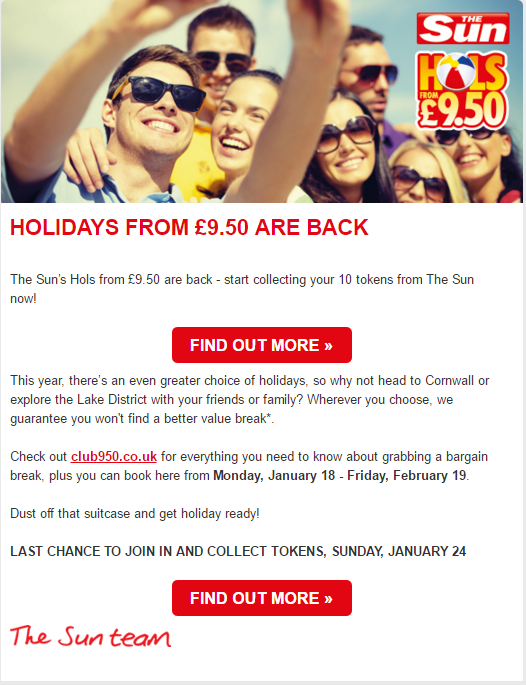 And with this, greater results were achieved…

As a result of the creative change, we were able to reduce the Cost per Click by almost 70%, which also allowed us to dramatically increase the amount of clicks generated The Sun.

In conclusion, even a small change to an email creative can have a significant impact on your email campaign, so make sure you run split tests and always add a clear call to action.