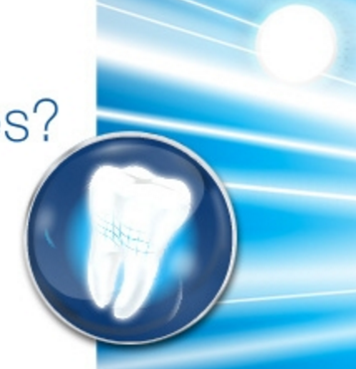 esbconnect’s Managing Director, Suzanna Chaplin, argues that display impressions can be a misleading measurement of true ad views when your audience can only see 50% of your ad.

Who is actually “seeing” your ads, and how “viewable” they really are, is much more important than advertisers often give credit to, but ad viewability is frequently overlooked in favour of sexier performance metrics like impressions.

What is a Viewability Rate and why doesn’t it work?

A viewability rate is the percentage of online ads actually seen by a user. This is the ratio of ads on a site at any one time which are deemed as actually “viewable”, since the user’s eye cannot take in all information at once. A “viewable” impression is described as being at least 50% of an ad’s pixels being visible on screen for minumum of one second. For example, if a website has 5 ad formats on screen in total, but 2 are “below the fold” (i.e. you need to scroll down the page to view them), only 3 are deemed “viewable” and the site will have a “Viewability Rate” of 60%.

What good is an ad if only half of it is visible?

But this definition of viewability has obvious flaws for the advertiser. If the viewer can only see 50% of the ad’s pixels, they haven’t seen the whole ad and might not “get” the ad’s message. Lots of ads won’t make sense if not seen wholly, and vitally, the brand logo might not even be seen!

For example, this image makes no sense

You need to see the whole ad to understand what’s being communicated. 50% just doesn’t work. 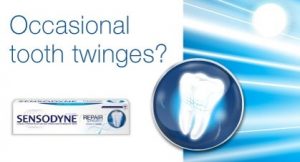 If you take the earlier example of Viewability Rate being 60% if 3 out of 5 ads are above the fold and “visible”, what if 1 of these 3 was only 50% visible (which is still deemed “visible” in display terminology) – a very plausible scenario if the advertiser’s logo, for example, is below the fold, but some of the ad messaging made it above the fold. This reduces Viewability Rate further to effectively 40% (with only 2 out of 5 ads being fully visible).

The current display ad pricing model does take viewability issues into account somewhat, as it only pays out on “viewable impressions”. However, if we assert that in reality potentially 25% of impressions currently defined as “viewable” are not truly “viewable” (based on seeing only 50% of pixels on screen), suddenly the true display CPM cost starts to look much more expensive and ROI decreases significantly.

Who benefits from non-transparent ad viewability?

Currently, the online advertising marketplace is set up to benefit the myriad content and ad tech companies who own online inventory and manage ad serving. True ad viewability is extremely difficult to measure, and arguably it’s not in their interests to create more transparent platforms. It’s far from an advertiser-centric model because it was never built to benefit the advertiser first and foremost.

Who exactly is seeing your ad?

Even if your audience can only see half your ad, the secondary issue of online ad fraud is a minefield for advertisers. A report by Distil Networks estimates up to a third of ad “views” are by bots rather than humans, meaning $1 out of every $3 spent on online advertising globally, is lost to ad fraud.

This throws serious doubt on the ability of the online display advertising industry to measure performance with any level of transparency and effectiveness, as well as eroding advertisers’ trust.

In contrast, email has made a resurgence in recent years as a totally transparent medium, which delivers consistently high-performing results. The email format allows for detailed tracking of different parts of the creative – subject line, multiple calls to action, creative hotspots and offers can all be tested and optimised. Yielding rich data for the advertiser on the email recipient’s behaviour and preferences, and providing insights which allow for sophisticated retargeting and nurture to drive increased conversions.

Why email views are more reliable

Most importantly, email clicks can’t be faked – for the simple reason that their performance isn’t measured on an anonymous impression or ad click (which might be carried out by a bot). Email databases managed by responsible email marketing providers have been through multiple stringent cleansing processes – and are free of bad data and spam traps. They have to be in order for the email marketer to maintain a consistently high sender reputation. Ultimately, this removes risk for the advertiser, and ensures that they are only talking to real people via a genuine email address, rather than bots.

Reputable email marketers also sell email advertising on the basis of number of emails delivered, not sent. Meaning advertisers only actually pay for the number of contacts the email was successfully delivered to, not the sent volume – eliminating wasted budget, and ensuring every email “impression” counts in being delivered to a human, and the creative is 100% seen.

Email delivers more value, better reach, and 100% ad viewability for the same budget as display. Which would you rather spend your customer acquisition budget on?